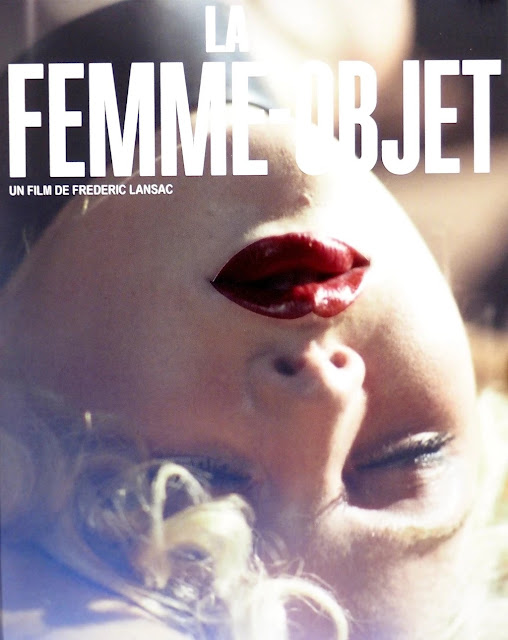 LA FEMME-OBJET tells of science-fiction writer Nicholas who is so insatiable that he creates his own love robot (Marilyn Jess) to please him whenever he desires.  Standard male fantasy, no?  Ah, but it's the way the story is told which makes it so special.

The English title "Programmed for Pleasure" kind of misses the point of the French title ("The Female Object") because en français, the proceedings have a double meaning.  Yes, it refers to the robot, but it also refers to the frankly dehumanizing way Nicholas treats his human lovers.  There is some fascinating commentary on how men regard women in terms of sex in this film, and just because it's wrapped up in enough filthy hardcore to make any degenerate happy doesn't make it less compelling.

The recent Blu-Ray of this film has a beautiful restoration complemented with a slew of trailers and a documentary which is almost an hour.  I wasn't sure what I would think of this, but am really pleased with the whole package.  It's worth your time on several different levels.

LA FEMME-OBJET can be ordered through its American distributor Vinegar Syndrome or via the French label Pulse Video.  Pulse offers several different options besides the standard slipcase edition, including one bundle with a vinyl record of the soundtrack.  Audiophiles who already own the Blu-Ray can also order the LP separately.