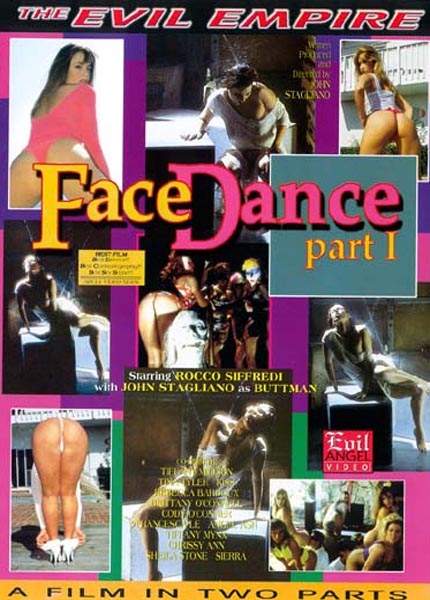 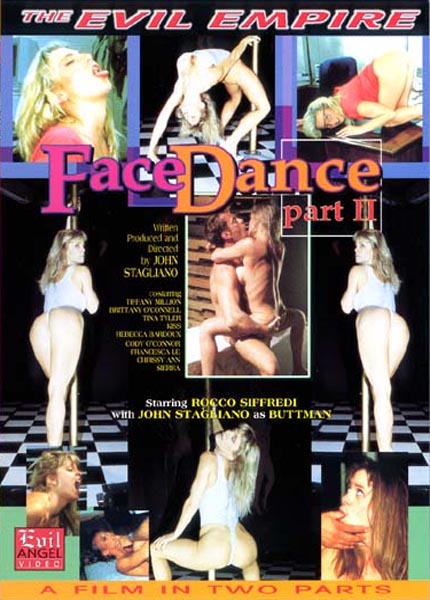 In the last couple of years, I've been really getting into the work of John Stagliano.  More specifically, I've been watching the videos he directed from 1989-1995.  That's the section of his oeuvre which most interests me.  Not to say the rest is worthless - far from it - but the older stuff is a bit more difficult to find and the later stuff goes into a direction less in tune with my personal tastes.  Besides, the 1989-1995 period is when I feel Stagliano truly came into his own as a filmmaker.

FACE DANCE is set in the fictionalized universe of Stagliano's Buttman character.  This might be a little jarring for some viewers, since the Buttman movies are presented as "real" in their own context.  This actually blurs the lines a bit, since it alludes to the continuity of events in the Buttman series while also clearly demonstrating that the allegedly spontaneous sexual encounters are staged.  It's a fascinating outlier to the main Buttman series by referencing it while at the same time being independent of it.

Italian film star Dario (Rocco Siffredi) gets an offer for the starring role in an American film.  However, things are not entirely rosy.  The director (Joey Silvera) has some very unconventional methods, and the producer (Tiffany Million) is desperate to hide Dario's involvement in pornography.  The stress weighs heavily on Dario, as he confides to his friend John (John Stagliano) that he is considering quitting.  Can anything change Dario's mind?

There's some interesting themes going on in this film.  Dario's struggles with having his sexuality exploited in demanding rehearsals on the one hand while being asked to conceal his background on the other hand creates a believable tension in this film.  When he explodes that at least in pornography he can be himself, it has an air of authenticity to it.  It's hard not to read some of Rocco's own experiences into the character, which was certainly Stagliano's point.

Of course, the sex is the main draw for John Stagliano, and he was one of the best of this era in capturing it.  The Buttman interludes almost feel out of place with the rest of the film, but that's not entirely unwelcome either.  They are nice, fun scenes played against many of the more intense encounters throughout.  Personal new favorite based on FACE DANCE is Sierra, but it was great seeing Francesca Le in the early part of her career when I first fell for her.

FACE DANCE was released on DVD many years ago by Evil Angel Video, but can be elusive these days.  It's also available streaming via Evil Angel and other platforms.  It's legitimately fun and entertaining despite its massive run time.